Greg graduated in 1983 from Alma College with a degree in Public Relations. While at Alma, he was President of the Student Body, and lettered in soccer, wrestling and baseball. Greg was named the schools Outstanding Graduate and the TKE Fraternity's Top Fraternity Man for his local Chapter and Nationwide. Greg was also a nine-letter winner and one of the last athletes to play three varsity sports for four years at Alma College. He was captain of the wrestling team and was named first-team all-Michigan Intercollegiate Athletic Association in 1982-83. Hatcher helped the wrestling and baseball teams each capture three MIAA titles while also lettering in soccer. Following graduation, he coached baseball at Notre Dame University for 1 year before going to work for Arkansas Blue Cross Blue Shield. In Greg's 7 years at Arkansas Blue Cross Blue Shield, he was named the Account Executive of the Year, a record six consecutive times, before leaving to start his own agency in 1990.

In 1999, Greg wrote the book 55 Steps to Outrageous Service, which is a book outlining the service that The Hatcher Agency delivers every day to their clients. This book has sold over 15,000 copies to date.

The Hatcher Agency has grown to a business with 50 employees, over 650 group clients, and over 180,000 insured's. Because of his Outrageous Service philosophy, Greg and The Hatcher Agency have earned numerous awards and recognition's, including Lifetime Status in the Million Dollar Roundtable, recognizing the top 3 % of life insurance producers in the country and a lifetime Golden Eagle Award winner by the National Association of Health Underwriters, recognizing the top 1% of health insurance producers nationwide.

Greg is very involved in the community, serving as Past Chairman of the following boards: Arkansas Insurance Exchange, The Little Rock Marathon, Baptist Health Foundation Board, Heart Ball, Heart Walk, Centers for Youth and Families, The Arkansas Wrestling Association, and The Arthritis Foundation. He has been named Philanthropist of the Year in 2015, the Sales and Marketing Executives Manager of the Year, The March of Dimes Citizen of the Year, received The Jerry Davis Corporate Award from The American Heart Association, and named Pulaski Technical College’s Business Honoree, Cystic Fibrosis Man of the Year, Sheriff's Ranch Man of the Year, and SpectacUALR Honoree in 2019.

His greatest work has come from his work in getting wrestling started in Arkansas. Hatcher founded The Arkansas Wrestling Association (AWA) and has purchased the mats for 65 high schools and 13 colleges to help get new programs started at these schools. For his efforts, he has been honored with the “Dan Gable America Needs Wrestling Award”, named WIN Magazines Man of the Year, and awarded The Certificate of Merit by The Arkansas Activities Association. Recently Greg was Inducted into the Arkansas Wrestling Hall of Fame and Ultimate Honor being Inducted into the National Wrestling Hall of Fame 2017. Greg is most pleased that over 4,000 kids now wrestle in Arkansas.

In May of 2018, Greg pledged to secure funding for Division 1 Wrestling to be added to UALR athletics. “This will now bring wrestling at the highest level to our city in the grandest way possible, and I couldn’t be happier for our city and state.” -Greg

Greg is married to Lee Hatcher and they have five children: Kelsey, Haley, Larkin, Layne, and Mattie. They attend Trinity Presbyterian Church.

This episode’s guest, Greg Hatcher, is the founder and CEO of the Hatcher Agency, one of the biggest insurance agencies in Arkansas, and is the president of the Arkansas Wrestling Association. Ryan had time to sit down and pick his brain about the topics of time management, employee motivation, and the insurance industry.

Time management is a crucial part of Greg’s success, he harps on finding ways to be efficient throughout your day. Part of his philosophy on efficiency is to knock out the most important tasks of the day, first thing in the morning.

He lays out a practical approach to motivate and reach daily goals, “If you had to eat a bucket of frogs, which one would you eat first, the smallest or the biggest? Well, the answer is to eat the big frog first because once you've eaten him, the other ones will be easier to get down. But if you eat the little frog first, it will taste so bad, you could never eat the big one!”

Greg reflects on his path to success from starting out at Blue Cross Blue Shield to starting the Hatcher Agency with a credit loan. He pinpoints one of the keys to his success was to commit the hours of 8 AM to 5 PM to his customers.

He recognized that those were the only hours in a day, he could be in contact with current or potential customers and chose to maximize that time. Other work, such as proposals and paperwork could be done at any time during the day.

If you only see the customer between eight and five, and that's all you do… You will go straight to the top because nobody does it.

Greg was able to acquire more business than he could handle a year after starting the Hatcher Agency. To maintain the level of service, he had standardized with his clients, he had to hire six employees.

Delivering outrageous service allowed him to never have to make another cold call in his life. When your customers are happy, they will start referring customers to you.

Greg shares an experience of buying a pair of shoes and the excellent customer service after the sale. A quick follow up will keep you in the forefront of the client’s mind and leave a positive impression of you and your insurance agency.

Clients want to know that they are valued. There is no better way to demonstrate that than to be consistent in your follow-up communication.

Business is not complicated, just do it at a level… way beyond what people expect. 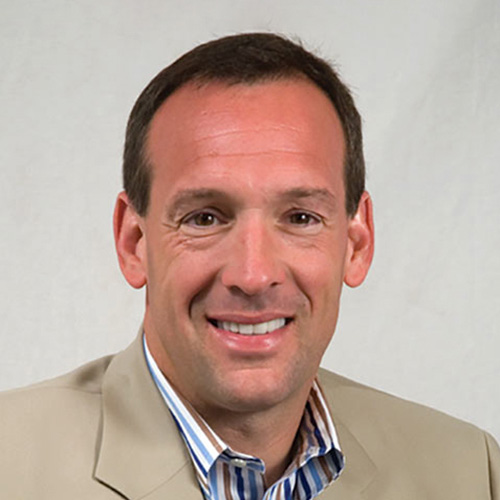